A candle with a tiny body, where the opening and the closing prices are virtually equal, and the tails (top and bottom shadows) are long. 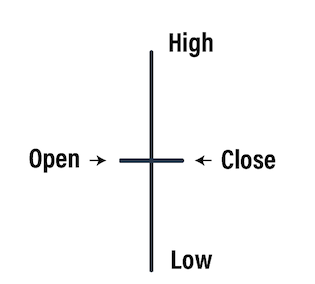 Variations of Dojis look like a cross, an inverted cross, a plus sign, a T-letter or an inverted T.

By itself, a Doji is neutral. The way it forms shows indecision between the buyers and the sellers. Occuring after a trend, Doji can signal a reversal:

A non-existent Doji’s body shows that neither buyers or sellers outweigh. The parties are in a “standoff”. So the price does not move.

Dojis are relatively rare and not considered very reliable.

A Dragonfly Doji is a variation of a Doji, that looks like a letter T.  A Gravestone Doji, just the opposite, is a reversed T-shape. Both signal reversal of the existing trend.

Spotting a Doji where a trend might start exhausting itself, be sure to check the confirmation candles that solidify the reversal. 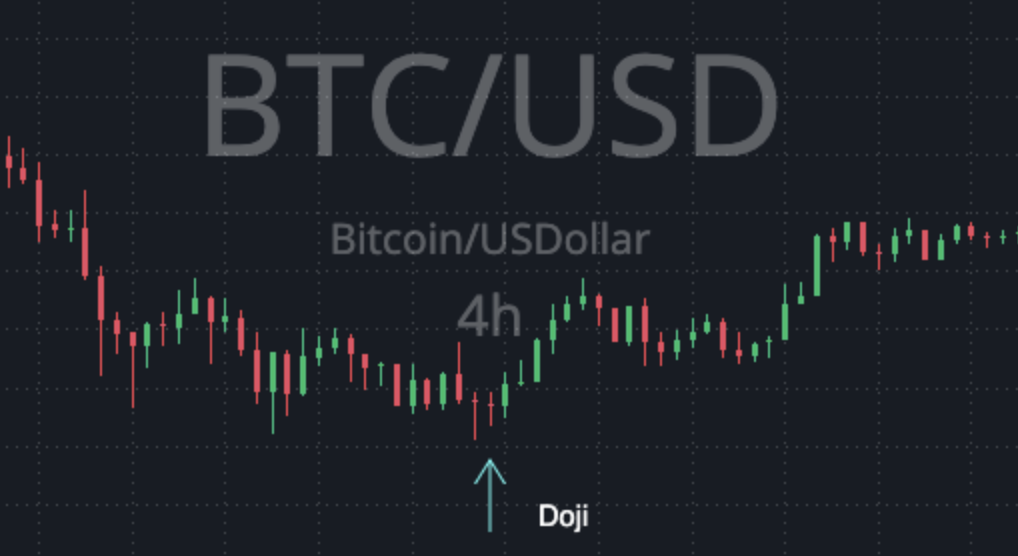