Spinning Top is a single candlestick chart pattern, i.e. consists of one candle with a small body and an equal length long tails (shadows) on the top and on the bottom.

Spinning Top is similar to Doji, but it does have a real body. As a result, a candle forming the Spinning Top can be bullish or bearish, depending on whether it closed higher or lower than it opened.

Just like a Doji, a Spinning Top signals indecision and a potential reversal. 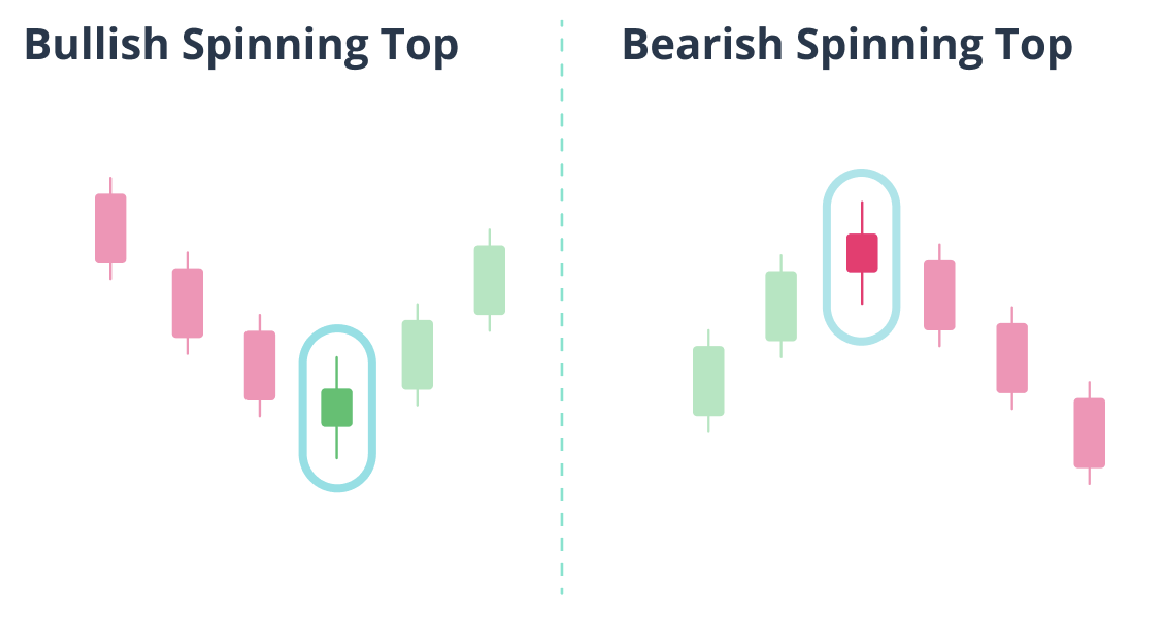 When a Spinning Top forms, the trend traders may be losing their confidence. Both bears and bulls have tried to move the price in different directions (long shadows). Yet neither of them had an upper hand as the price eventually closes near the level it opened.

Spinning Tops are more common than Dojis. The indecision signaled by a Spinning Top may be followed by some flat movement on a chart. A potential reversal should be confirmed by the following candle in the direction of the reversal. 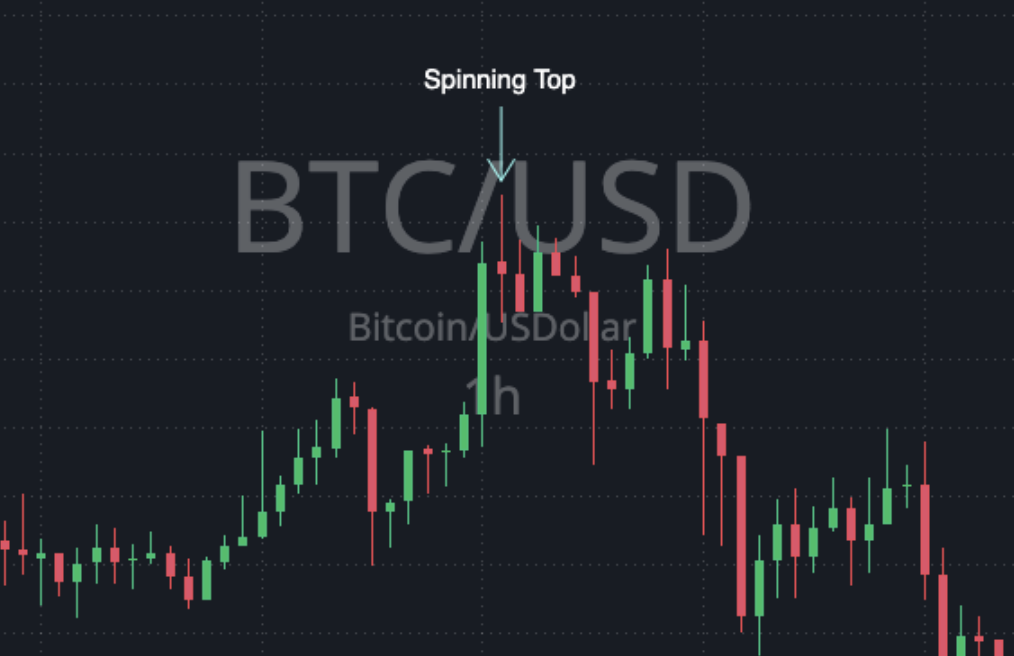