A single candlestick chart pattern consisting of a long-bodied candle with very small tails (shadows) or no tails at all.

A Marubozu signals a strong movement in one direction that is likely to continue.

The trend preceding a Marubozu does not matter much. If a Marubozu candle is bullish, even if it occurred during a down trend, it shows that the sentiment has now changed to the bullish. The opposite also applies to a Bearish Marubozu. 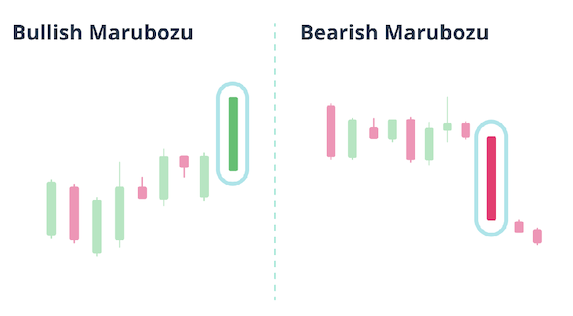 A long body with no tails means that one side of the market has controlled the entire period when the candle was forming.

For example, in a 4-hour Bullish Marubozu, the buyers were dominating the entire 4-hour period. And a 1-day Bearish Marubozu means that the sellers were so strong the entire day that the price has closed at the day’s low.

The success of trade using Marubozu depends on the ability to identify that Marubozu is actually forming. Since it’s a long candle, entering into a position after the candle has closed may be more risk-averse, yet a lot of the movement in the desired direction may have been already exhausted. 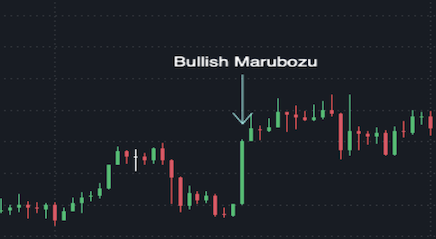