Description: Harami is a two-bar (double) japanese candlestick pattern consisting of two candles: a large one and the following small-body candle, “contained” within the body of the first candle.

If occurring in a trend, the Harami pattern most likely suggests the forthcoming price reversal.

The Harami candlestick pattern can be both bullish and bearish.

Bullish Harami: A Bullish Harami occurs with a large bearish (red) candle followed by a smaller bullish (green) one, contained within the previous candle's body.

Bearish Harami: A Bearish Harami occurs when there is a large bullish (green) candle followed by a smaller bearish (red) one, contained within the body of the previous candle. 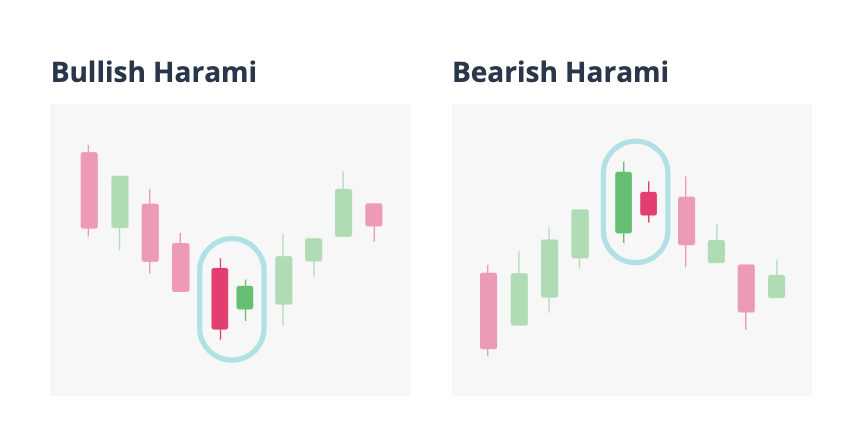 If found in a downtrend, the Bullish Harami can be a signal for a reversal upward. In the same way, if the Bearish Harami pattern occurs during an uptrend, it should be considered as a signal for potential reversal downward.

The word Harami originates from the Japanese word meaning “pregnant”, describing a pattern that looks somewhat like the belly of a pregnant woman.

The reverse applies to the Bearish Harami. Following an uptrend, the second (red) candle in the pattern opens below the previous candle’s close and closes above the previous candle’s open. Similarly, the price behavior makes the continuation of the uptrend uncertain and likely signals a downward reversal.

Neither Bullish nor Bearish Harami should be traded on the formation itself. Look for confirmations in the following candles and technical indicators to support the reversal. 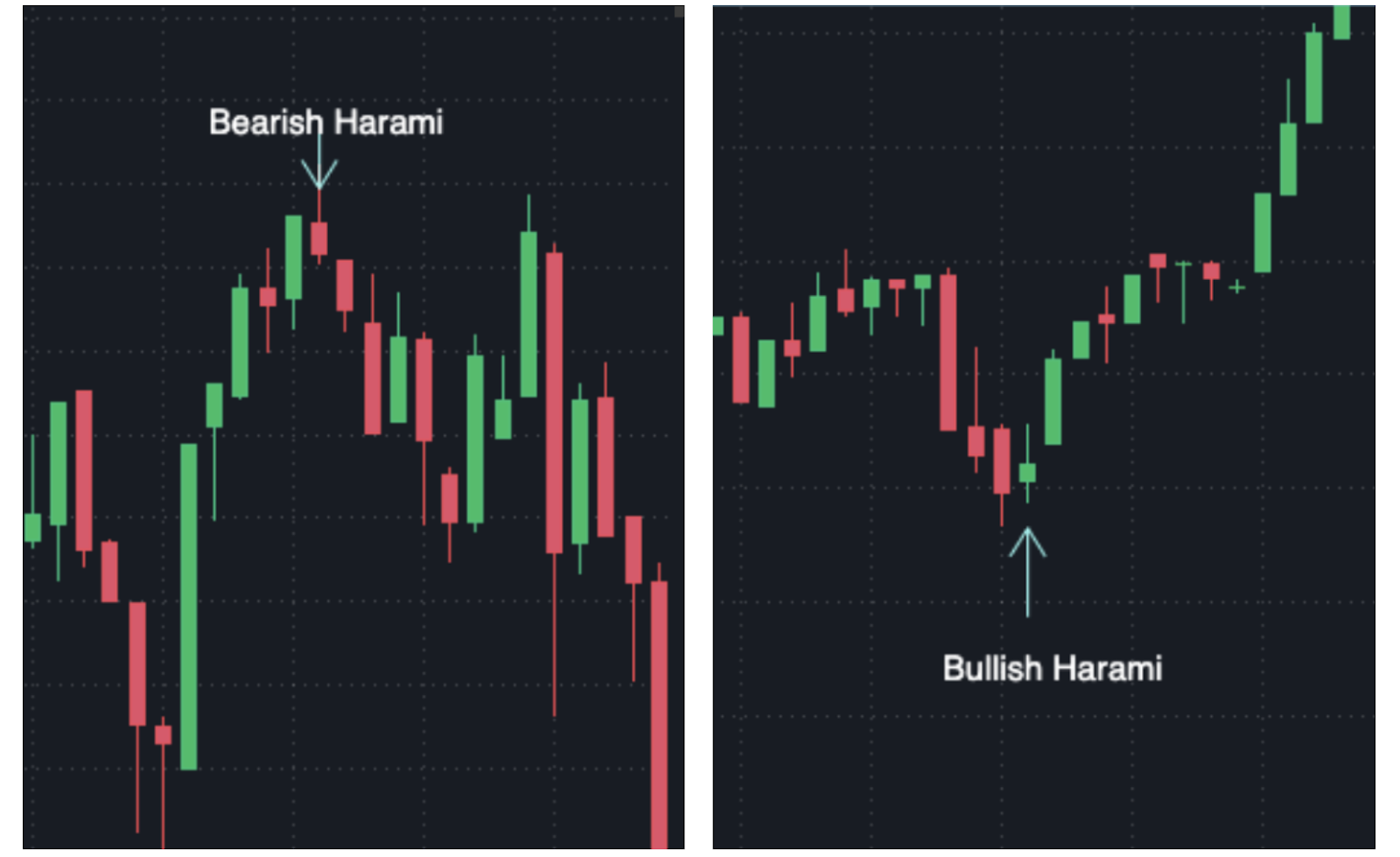