Kicker is a double candlestick pattern that contains two candles with a price gap between the candles.

In the Kicker Pattern, the first candle continues the current trend. The second candle opens with a gap and moves in the opposite direction from the previous candle.

Kicker Pattern represents one of the most reliable reversal patterns and can be bullish or bearish.

The Bullish Kicker Pattern develops during bearish price movements. It is formed by a bearish candle, continuing a downtrend, followed by a bullish candle with the open at the level or higher than the previous candle’s open.

The Bearish Kicker Pattern appears during bullish price movements. The pattern consists of a bullish candle, continuing an uptrend, followed by a bearish candle with the open at the level or lower than the previous candle’s open.

In the Kicker, candles forming the pattern, never overlap and usually have no shadows or very small shadow

Both Bullish and Bearish Kicker patterns are powerful signals for the trend reversal. The bigger the gap, the stronger the signal.

The pattern points to a strong change in investors' and traders’ attitude. This usually occurs following some valuable information about the asset or industry. The Kicker relevance is magnified when it occurs in overbought or oversold markets.

In the Bullish Kicker Pattern, the first candle shows that the bears continue to dominate the market. But the situation is turned around rapidly as the next candle opens above the previous candle’s open, forming a gap up. When the candle proceeds to form as bullish, the buyers are now in control, reversing the trend.

Bearish Kicker Pattern starts with a candle that continues an upward trend. Yet, when the next candle opens below the previous candle’s opening price (gap down), the balance of power is shifting towards the sellers. They take control over the buyers as the candle closes down, kicking off the downtrend.

The strong trading volume further solidifies the strength of the pattern. 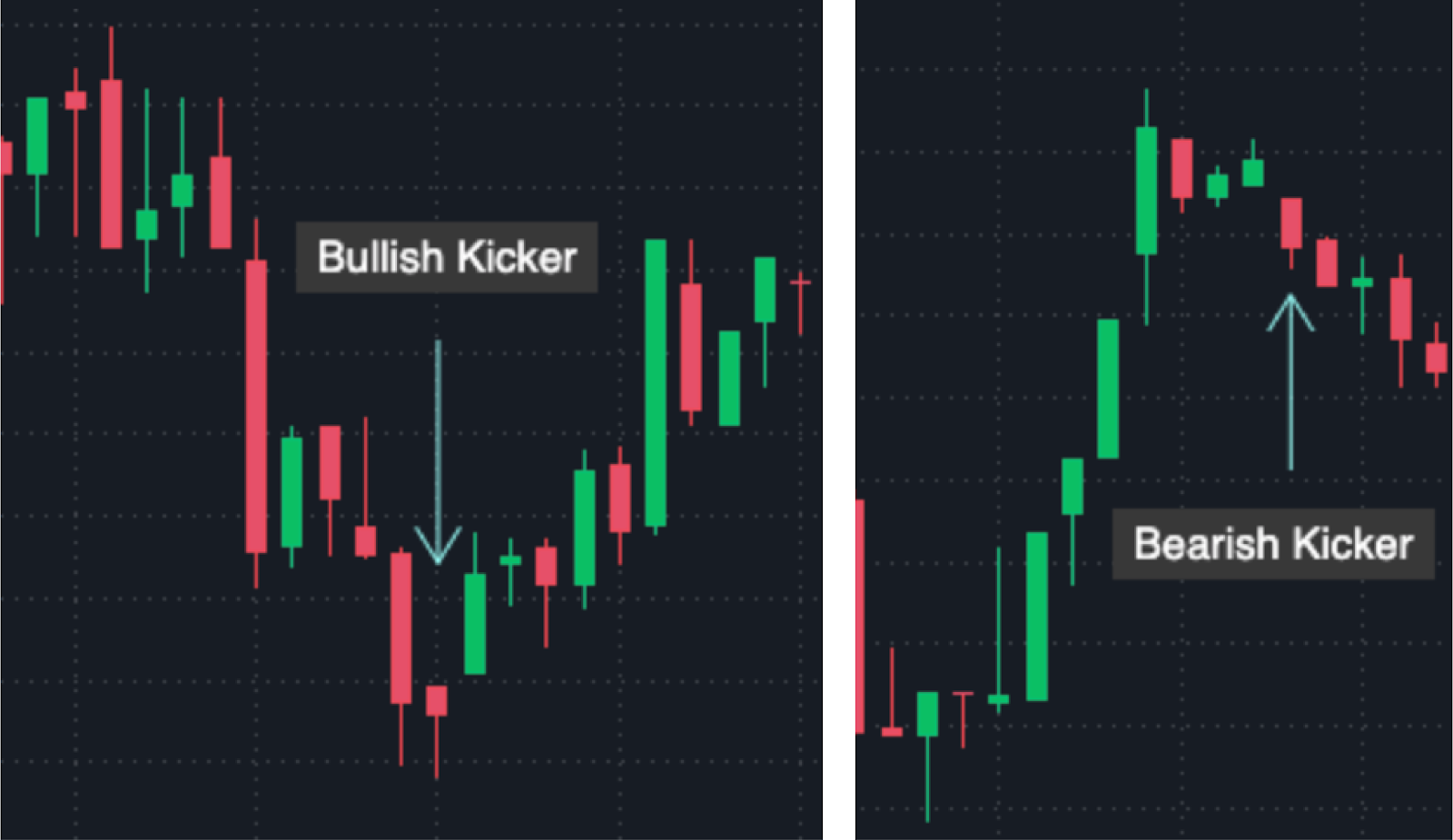