Both Piercing Line and Dark Cloud Cover are patterns consisting of two candlesticks and indicating reversal.

The opposite refers to Dark Cloud Cover. It is a combination of a bullish candle, continuing an uptrend, followed by a bearish candle with the open higher and the close below the 50% of the first candle’s body.

Both candles should be relatively large, showing strong participation by traders and investors. When the pattern occurs with small candles it is typically less significant.

The Piercing Line indicates a potential short-term upward reversal, especially if the next candle is bullish.

At the same time, Dark Cloud Cover indicates a short-term downward reversal, especially if the next candle is bearish.

The “Piercing Line” name is descriptive of how the pattern looks. The second, bullish, candle “pierces” through the midpoint of the previous, bearish, candle. While bears remain in control during the first candle formation, their attempts to push the price lower weaken in the second candle. The higher the second candle closes, the higher the probability of the reversal. Moreso, if the reversal is confirmed by the following bullish candle.

To remember the “Dark Cloud Cover” pattern, visualize how the second, bearish candle, hangs over the preceding bullish candle as a gloomy cloud. It covers more than 50% of its neighbor’s body, indicating that the “sunny days” of growth might be over. The bulls, reigning the previous periods, are losing the grip. Reversal downward is more confirmed if the pattern is followed by a bearish candle. 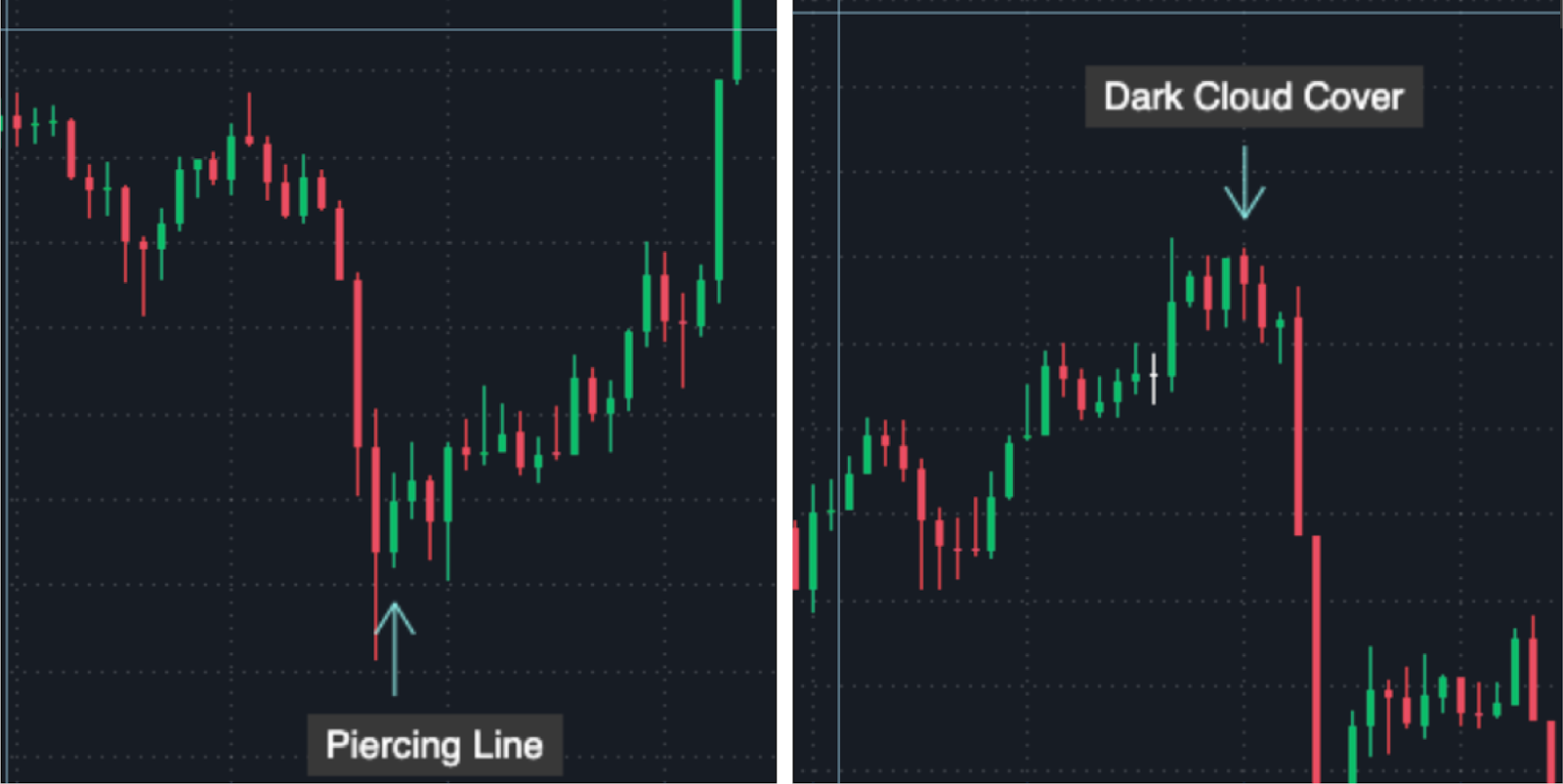