Morning Star and Evening Star are the triple candlestick patterns that usually occur at the end of the market trend. They can be used as a visual sign for the start of a trend reversal, but they become more strong when other technical indicators back them up.

Morning Star is presented with a bearish long-bodied candle followed by the green/red small body or doji, and another bullish candle with the close above the 50% of a body of the first bearish candle.

Evening Star pattern consists of a long-bodied bullish candle followed by the green/red small body or doji, and another bearish candle with the close below at least 50% of the first candle’s body.

Morning Star is a signal for a reversal upward. The bigger gaps down between first and the second candles, and up between second and third — the stronger pattern is. The doji morning star shows the market indecision more clearly than a morning star with a thicker middle candle.

Similarly, if the Evening Star pattern is found on the chart, it may be a reversal downward signal, and the bigger the gaps between candles — the stronger the signal is.

The Morning Star pattern forms following a downtrend and indicates the start of an upward market. One of the most important factors that confirm pattern formation is volume. Generally, a trader wants to see volume increasing throughout the three candles making up the pattern, with the third candle seeing the most volume. High volume on the third candle is often seen as a confirmation of the pattern and a subsequent uptrend regardless of other indicators.

The first candlestick of the Morning Star pattern must be massive-bodied. The second candle is the “star”, which has a short body and serves as an indicator that the bears are losing their capacity to drive the market down. This weakness is confirmed by the third candlestick, which must be close enough to the body of the first candlestick.

The second candlestick (the star) is the main and the first indication of weakness for the Evening Star pattern. It indicates that the buyers were unable to push the price up to close much higher than the close of the previous period. This weakness must be confirmed by the third candlestick of the pattern.

It is important to note that these patterns work best when they are backed up by volume and some other indicators like a support/resistance level. Otherwise, it is very easy to see morning/evening stars forming whenever a small candle pops up in a downtrend or uptrend. 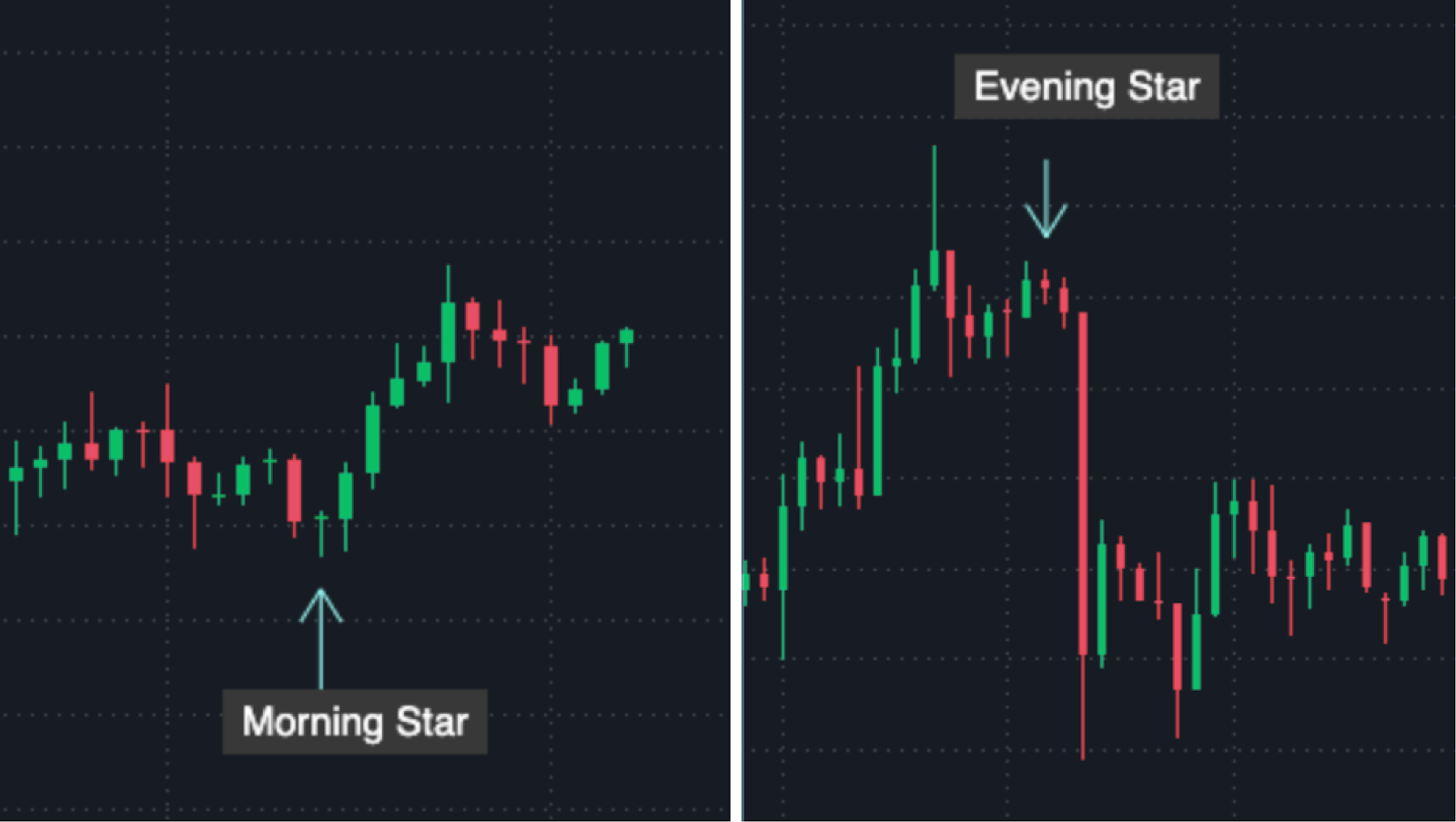