Three White Soldiers and Three Black Crows are triple candlestick patterns that form at the end of the trend and are considered as price reversals patterns.

The Three White Soldiers pattern consists of three candles, each long, bullish, and almost the same length. The open of each candle is above the open of the previous candle, and the close is higher than the previous close.

The Three Black Crows pattern also consists of three long candles with almost the same length but bearish ones. The open of each candle is below the open of the previous candle and the close is lower than the previous close. 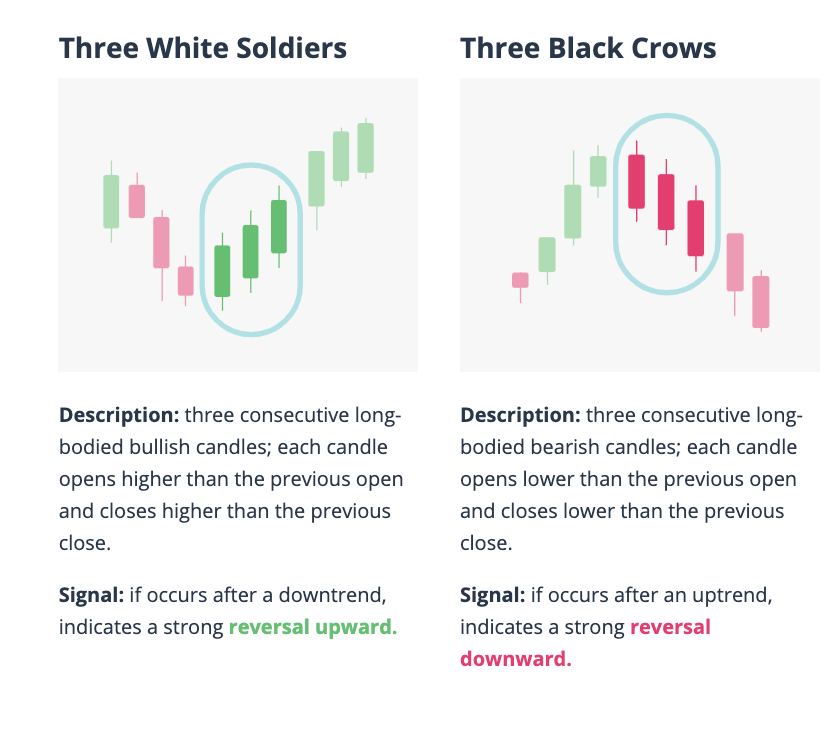 If the Three White Soldiers pattern is spotted after a downtrend — it may indicate a reversal upward. If the Three Black Crows pattern occurs after an uptrend it may be a signal for a reversal downward.

The Three White Soldiers candlestick pattern suggests a strong change in market sentiment and usually indicates a weakness in an established downtrend. When this pattern appears, it may indicate the potential emergence of an uptrend because buyers get more strength and increase buying pressure.

But, it's important to note that strong moves higher could create temporary overbought conditions. The price could also reach key resistance levels after significant moves and that may lead to some period of price consolidation.

In addition, Three White Soldiers can also appear during periods of consolidation itself, which is an easy way to get trapped in a continuation of the existing trend rather than a reversal. A trader should always watch the volume supporting the formation of Three White Soldiers. Any pattern on low volume is suspect because it is the market action of the few rather than the many.

The other way works the Three Black Crows pattern. It usually indicates a weakness in an established uptrend and the potential emergence of a downtrend.

But this is a moderate trend reversal pattern that should only come into consideration when it appears in a rally or an established uptrend. Strong moves down can create oversold situations and the price can reach support levels — it may bring about some price consolidation. It is also important to check whether the pattern appears during the period of consolidation itself. Volume has to be strong for Three Black Crows to be valid. 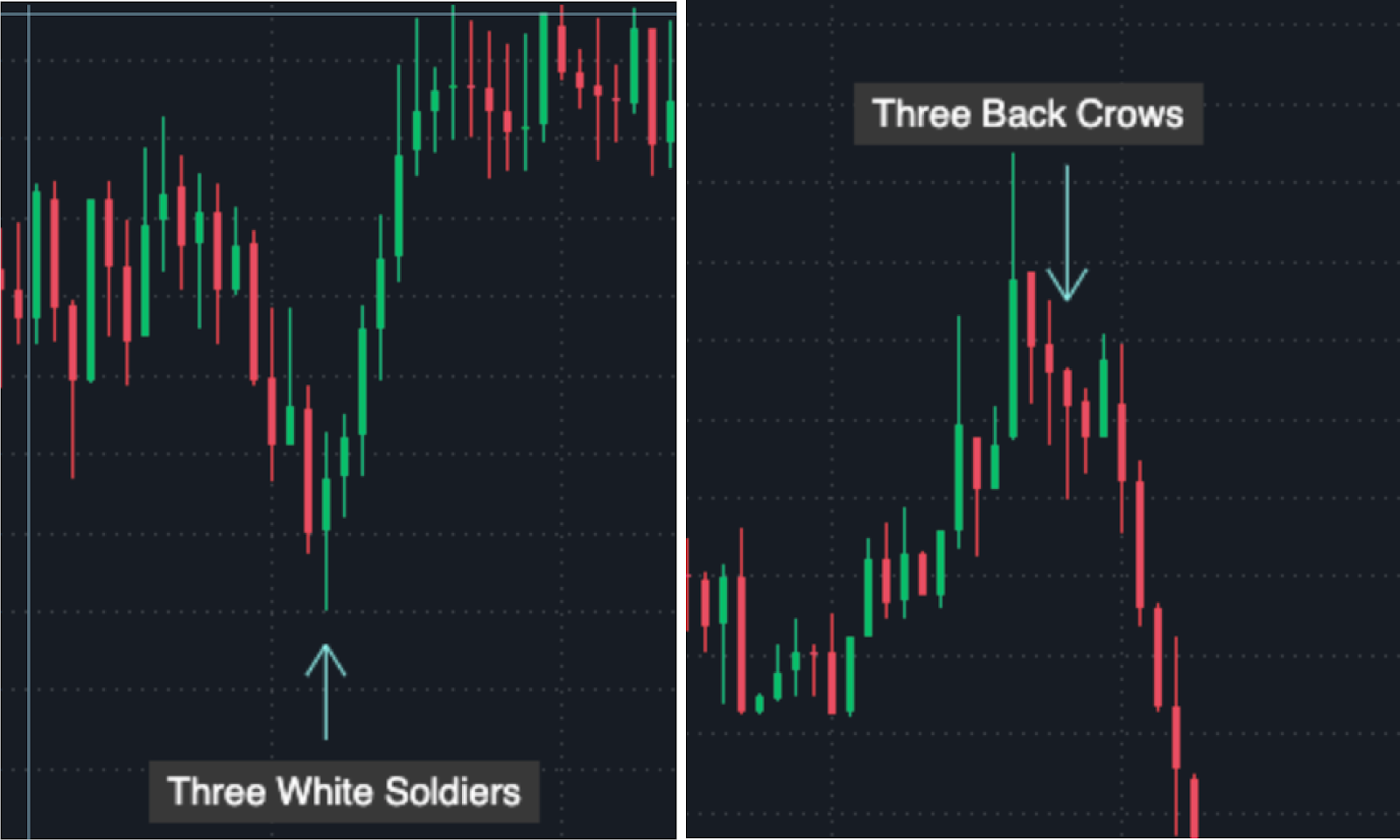