Three Inside Up and Three Inside Down are three candlestick patterns that may indicate that the current trend has lost momentum and a move in the other direction might be starting. 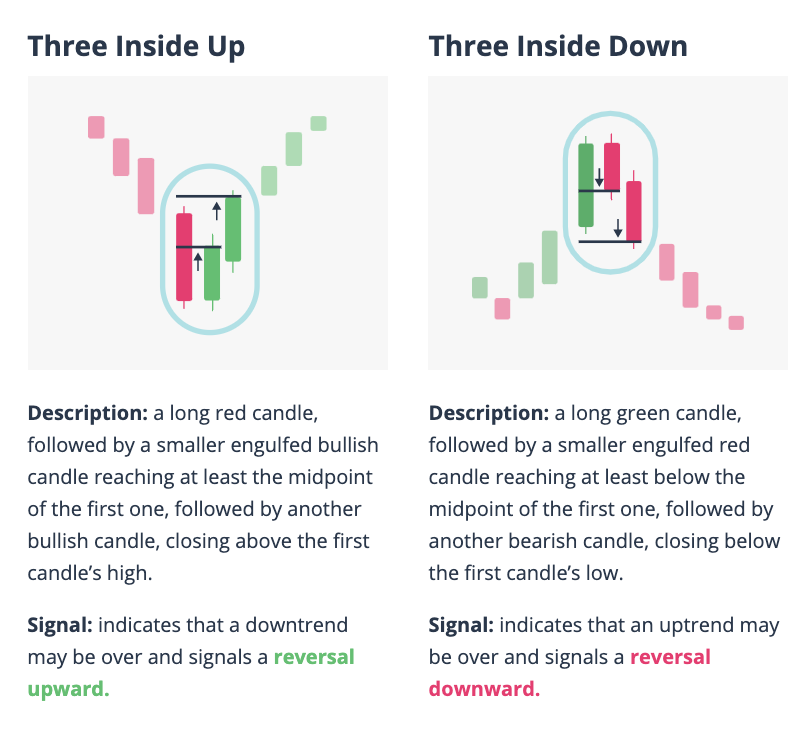 The Three Inside Up pattern indicates the signs of the current trend losing momentum, and warns the market movement in the opposite direction. The first candle should be found at the bottom of a downtrend and is illustrated by a long bearish candlestick which may reach new lows. Such a situation can discourage buyers, while sellers grow confident. But the second candle opens within the prior candle's trading range and closes higher than the midpoint of the first candle. This can be a red flag for short-term sellers and they may use this opportunity to exit. The third candle completes a bullish reversal and confirms buyers’ strength. It attracts those who want to open long positions and the remaining bears get trapped.

Conversely, the Three Inside Down candlestick formation is found at the top of an uptrend. The first candle is characterized by a long bullish candlestick and can reach new heights. But, the second candle goes below the midpoint of the first candle. This causes concern for the buyers and some of them may use this opportunity to close their long position or sell them. The third candle completes a bearish reversal and confirms sellers’ power in the market. Short traders may jump in to take advantage of the falling price and buyers may be forced to consider selling. 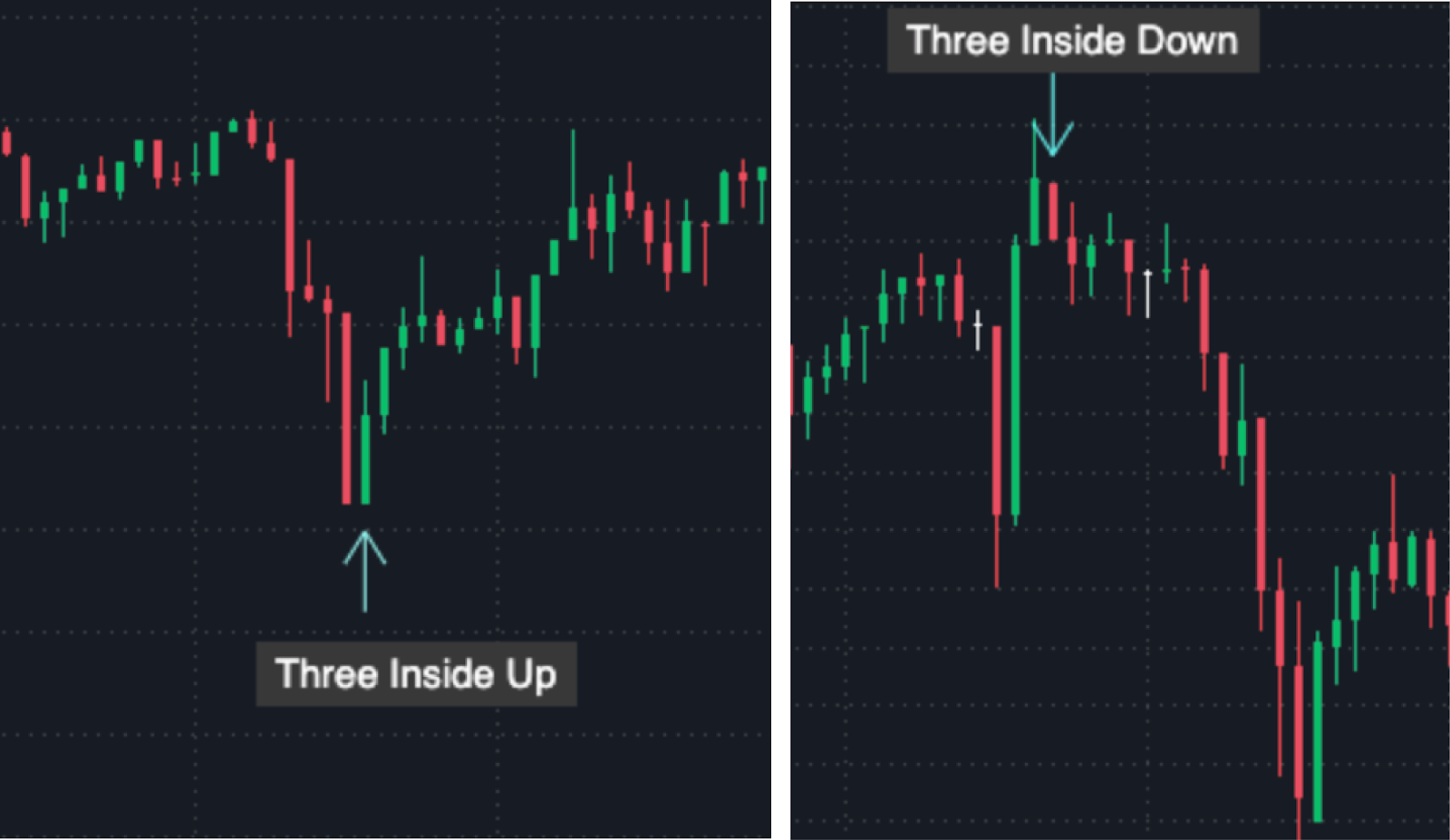