In trading, triangles are considered as a category of continuation patterns. They can tell you a lot about market dynamics, market sentiment, and the balance between bears and bulls. But not all triangles can be interpreted in the same way.

Each triangle should be closely studied because they appear on the chart all the time. There are three different types of triangles:

The Ascending triangle represents a price consolidation between a horizontal upper line and an ascending bottom trend line.

The Descending triangle is opposite to the ascending one as it shows a consolidation between a descending upper trend line and a horizontal bottom line.

The Symmetrical triangle differs from the other two triangles as it doesn’t have a horizontal line. It consists of a series of peaks and troughs that can be connected by two trend lines, converging in the middle.

All the triangles are longer-term patterns and it may take some time for the price to form it and make a breakout higher or lower the triangle lines.

The Ascending triangle pattern can be found on an uptrend and it is considered as a continuation bullish pattern. It means the price may continue to go higher. But it is important to note that the established trend should be in place to confirm that price may make a breakout higher.

The Descending triangle occurs during a downtrend and indicates a continuation of a bearish price movement. After forming such a pattern, it is expected that the price will make a breakout lower a horizontal line that represents a support level.

The Symmetrical triangle shows a period of indecision on the market when supply and demand seem to be the same and traders don’t know what position is better to take. The price can go in both directions and break upper or lower triangle lines. But it is still thought of as a continuation pattern and most often the established trend continues.

At the start of formation, all the triangles are at their widest range. But then a trading range narrows and the trade lines form a triangle. An upper line represents a supply line and resistance, the lower one — demand line and support. Trading range constriction may show losing interest, price consolidation or period of indecision both from the buyers and sellers and the price starts moving sideways.

Each triangle pattern assumes that a breakout of trading lines should occur in one direction or another. And the volume plays an important role in the breakout. Volume increase is an indication that the price may reach new highs or lows and break the resistance or support level.

The Ascending triangle pattern indicates that buyers are more aggressive than sellers because the lows constantly have shifted higher. Price makes a few attempts to break the flat upper trendline of resistance, and it is more likely that the price will do that eventually if the buyers’ pressure is not going away and volume continues to increase. 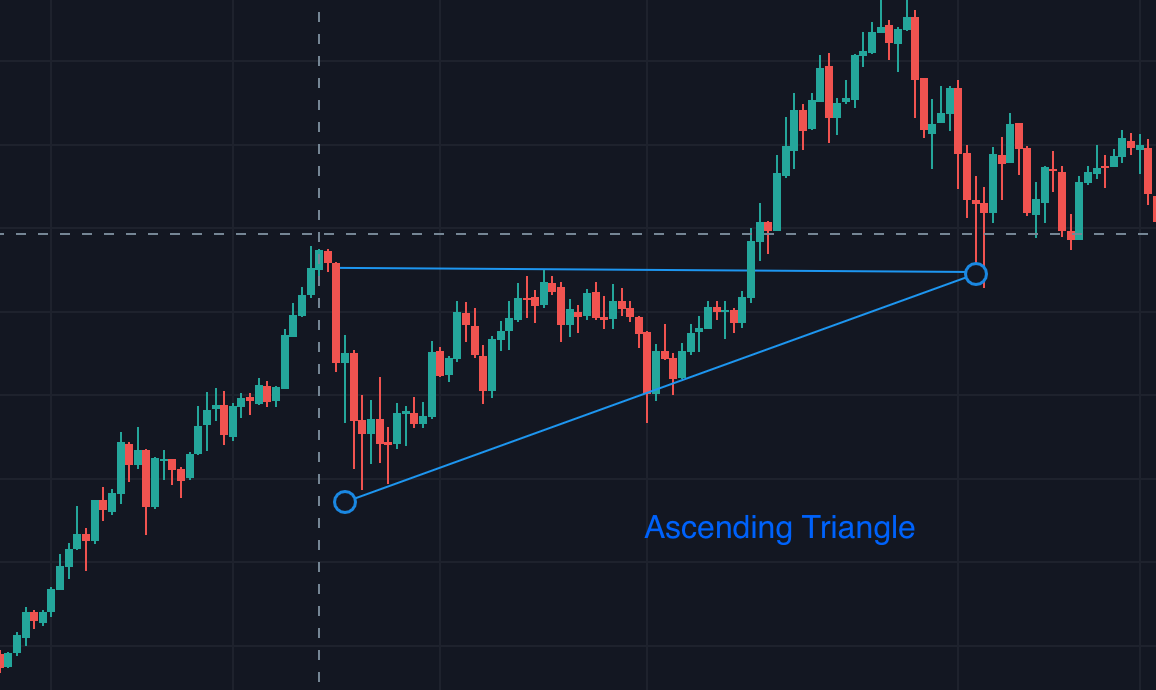 On the other hand, the Descending triangle pattern indicates that sellers are more aggressive than buyers as the price continues to make lower highs. The price keeps on consolidating in a narrowed range and sellers' pressure is increasing to make a breakout of a support level. Like an ascending triangle, a descending one does not always indicate a trend continuation but in most cases sellers drive the price down. 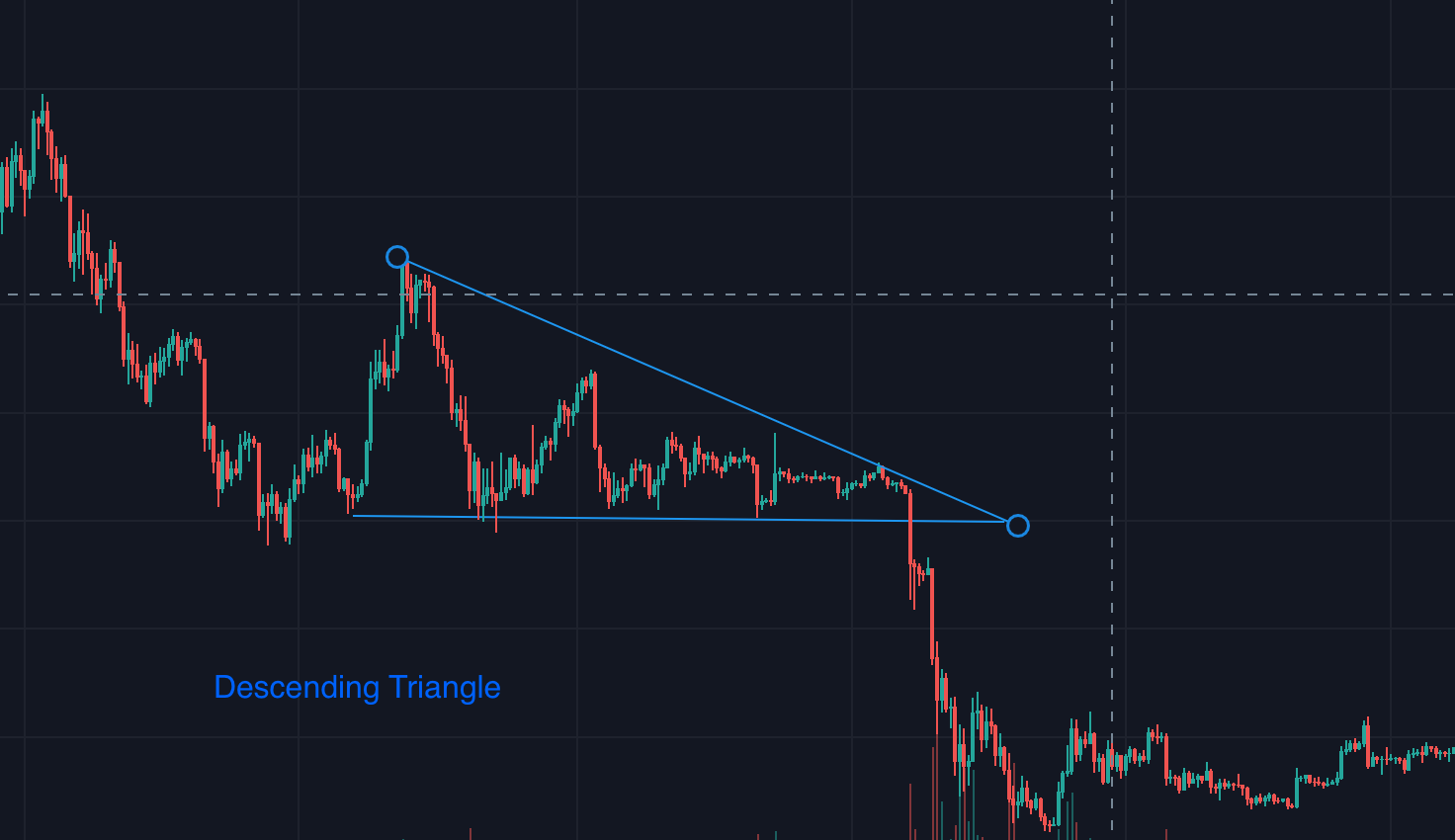 The Symmetrical triangle pattern occurs during both up- and downtrend and is neutral. More often, it shows that buyers and sellers temporarily have become listless because indecision rules the market at that moment. As a result, highs and lows come together and volume may also decrease or stay low. But when a big volume that breaks one of the triangle lines appears, the market does figure out in what direction it should go. While the pattern itself is neutral, in most cases it still favors the direction of the existing trend.

It is also important to note that triangles are known to experience early “false” breakouts — when the price does not continue the trend after breaking the line and returns to the triangle body again. That is why traders should look at the volume and sometimes wait a bit to confirm that the pattern continues the trend.