Flag is a short-term continuation pattern that typically occurs after a sharp price movement (flagpole). It is characterized by a price consolidation contained between two sloped parallel lines that counter to the prevailing price trend. That is why the pattern may remind the flag on a flagpole for the viewer.

The preceding trend is crucial for the flag formation and depending on that the pattern can be either bullish or bearish. The flags can be found in any timeframe and normally consist of 5-20 price bars but there are also flags that can be shorter or longer. The bottom of the flag should not exceed the midpoint of the flagpole that precedes it.

The Bullish Flag pattern is represented by a large upward price movement (a flagpole), followed by a downward sloping channel/rectangle.

The Bearish Flag pattern is an upside-down version of the Bullish Flag. It shows a large downward price movement (a flagpole), followed by a movement contained between parallel trend lines that slope up.

Flag formation is close enough to the pennant formation. Both are continuation patterns, have a flagpole, and serve as a break before the second flagpole. But the flag does not look like a symmetrical triangle, it is a sloped rectangle that typically counters the established trend. Sometimes the flag’s slope may repeat the established trend direction, it implies that this trend may be even stronger.

Volume is a key indicator of the flag formation. The pattern is accompanied by strong volume for the flagpole, lowering volumes during the flag body formation, and sharply increasing volume at the breakout. The reason for lowering volumes is buyers/sellers desire to capitalize on profits after the significant price movements. But it doesn’t cause a rapid price movement in the opposite direction because some traders keep buying the asset to capitalize on future price movements.

The Bullish Flag starts with a large upward price move. The initial rally comes to an end through some profit-taking. The price forms a narrow trading range making slightly lower lows and lower highs. Closing long positions and entering short positions drift the price in a downward direction for a while. But after the breakout of the upper line, bulls are ready for another rally and they regain control over the market. 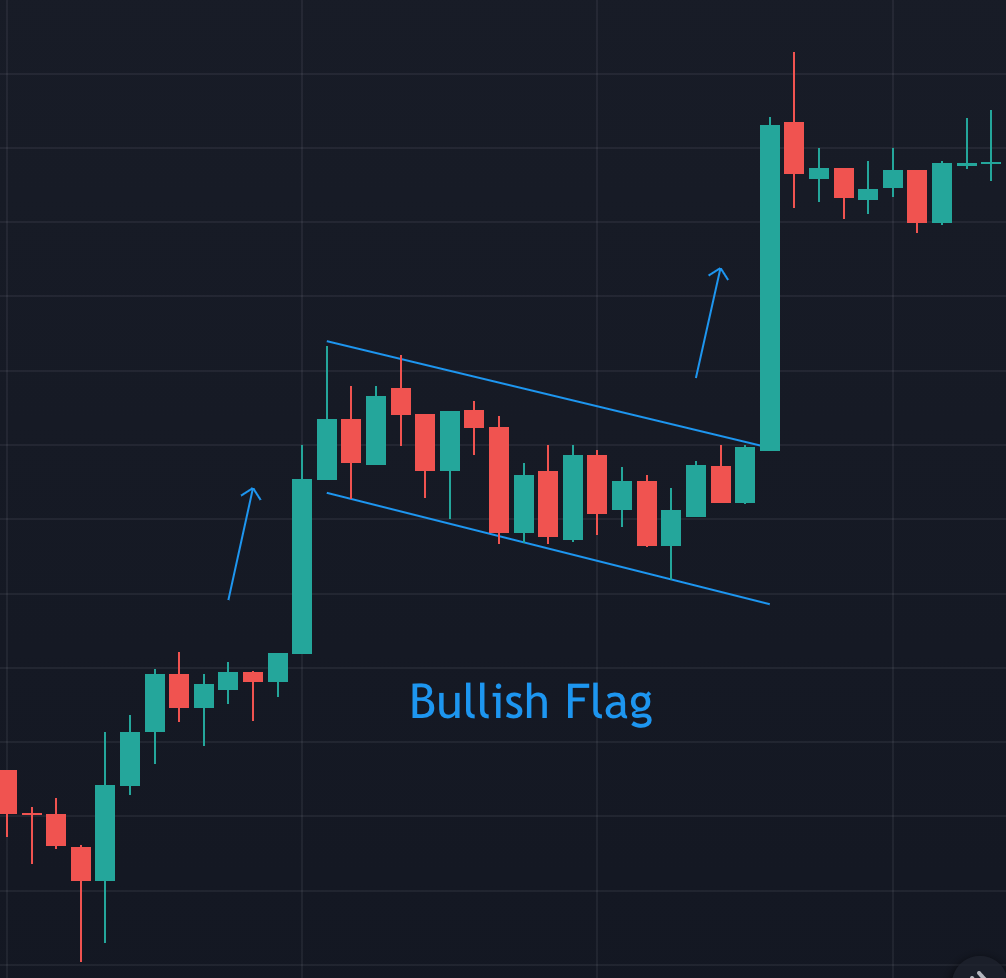 At the beginning of the Bearish Flag, there should be a vertical price drop that serves as a flagpole. Eventually, the sell-off comes to an end because some of the sellers are exhausted and they take profit. The price starts to move upward because of that and due to opening long positions. But when the price breaks the support line, it may trigger panic sales and sellers drive the price down once again. 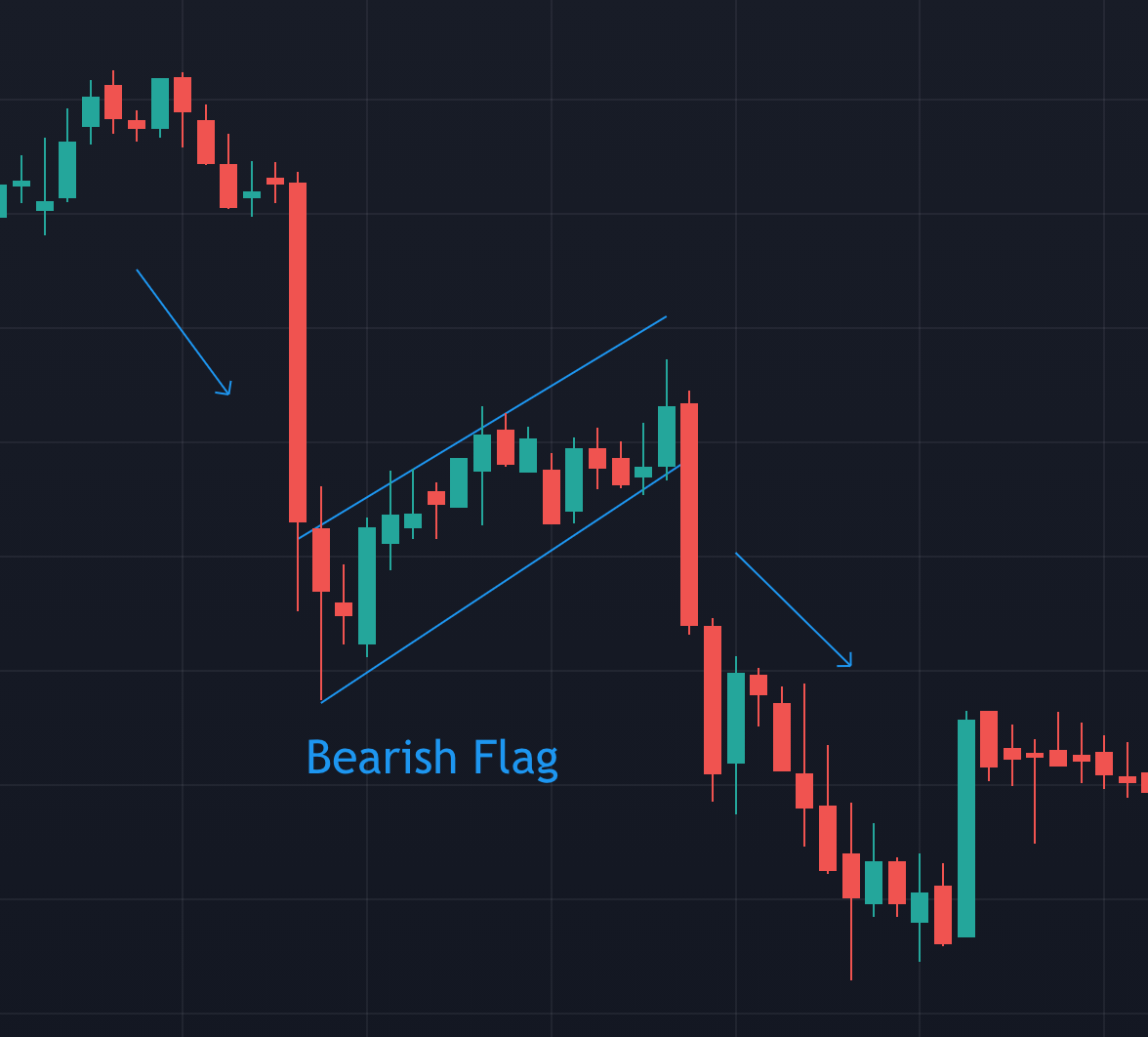