In trading, the rectangle is a pattern that forms when the price is bounded by parallel support and resistance levels. In general, it shows the period of price consolidation and the balance on the market when buyers and sellers try to drive the price in one or another direction but stay locked in the same trading range. Buyers and sellers “test” support and resistance levels several times before the final breakout that confirms the pattern formation.

The rectangles can be bullish or bearish, depending on the trend that precedes the pattern formation. The Bullish Rectangle occurs in an uptrend, while the Bearish Rectangle — in a downtrend.

The rectangle is a neutral pattern that depends on the direction of the future breakout. In most cases, it continues the established trend, but it also may serve as a reversal pattern.

The rectangle pattern is not considered as complete until a breakout has occurred. Sometimes clues of further breakout can be found throughout the pattern formation, but the confirmation of the breakout direction is usually not determinable beforehand.

Like most of the price pattern, the rectangle signals that the next move after the breakout should be as big as the pattern's height (trading range).

The Bullish Rectangle usually serves as a continuation pattern and indicates a pause in an established trend. After that, the breakout upward occurs that ends the period of price consolidation. Sometimes the price may go down after the breakout.

The Bearish Rectangle is opposite to the bullish one. It usually signals that the breakout most likely will be downward to continue the downtrend. But the breakout upward is also possible.

The rectangle is a long-term pattern that can form for a few weeks or even months. Predominantly, the longer the pattern, the more significant the breakout. If a short-term rectangle-ish pattern is spotted, then it is usually considered as a flag which is a continuation pattern.

Volume may behave differently throughout the pattern formation. Sometimes the volume declines as a pattern develops, sometimes the volume varies as the price bounces back and forth in a trading range. Volume rarely increases during pattern formation. If volume varies, it’s better to look at which movements (reaching resistance level or going down to support line) the most volume is received. It may help to indicate the direction of the future breakout. 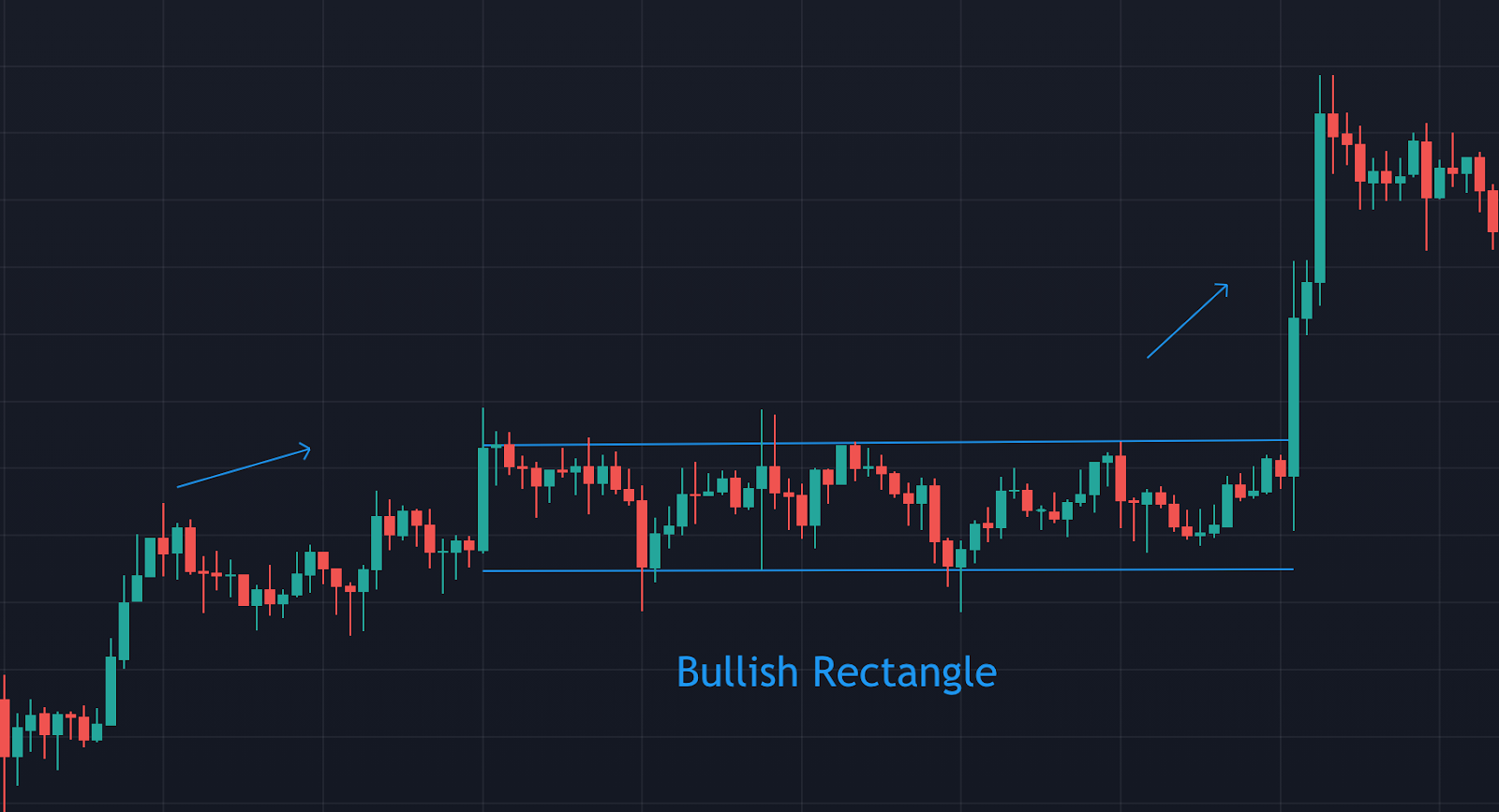 The Bearish Rectangle represents a period of consolidation during the downtrend. This happens because sellers might need a pause before driving the price lower. But the bulls don’t sleep and try to push the price higher. The sellers resist and, as a result, the price stays locked in the trading range for a while. In our example, sellers were able to make a breakout downward to continue the downtrend. 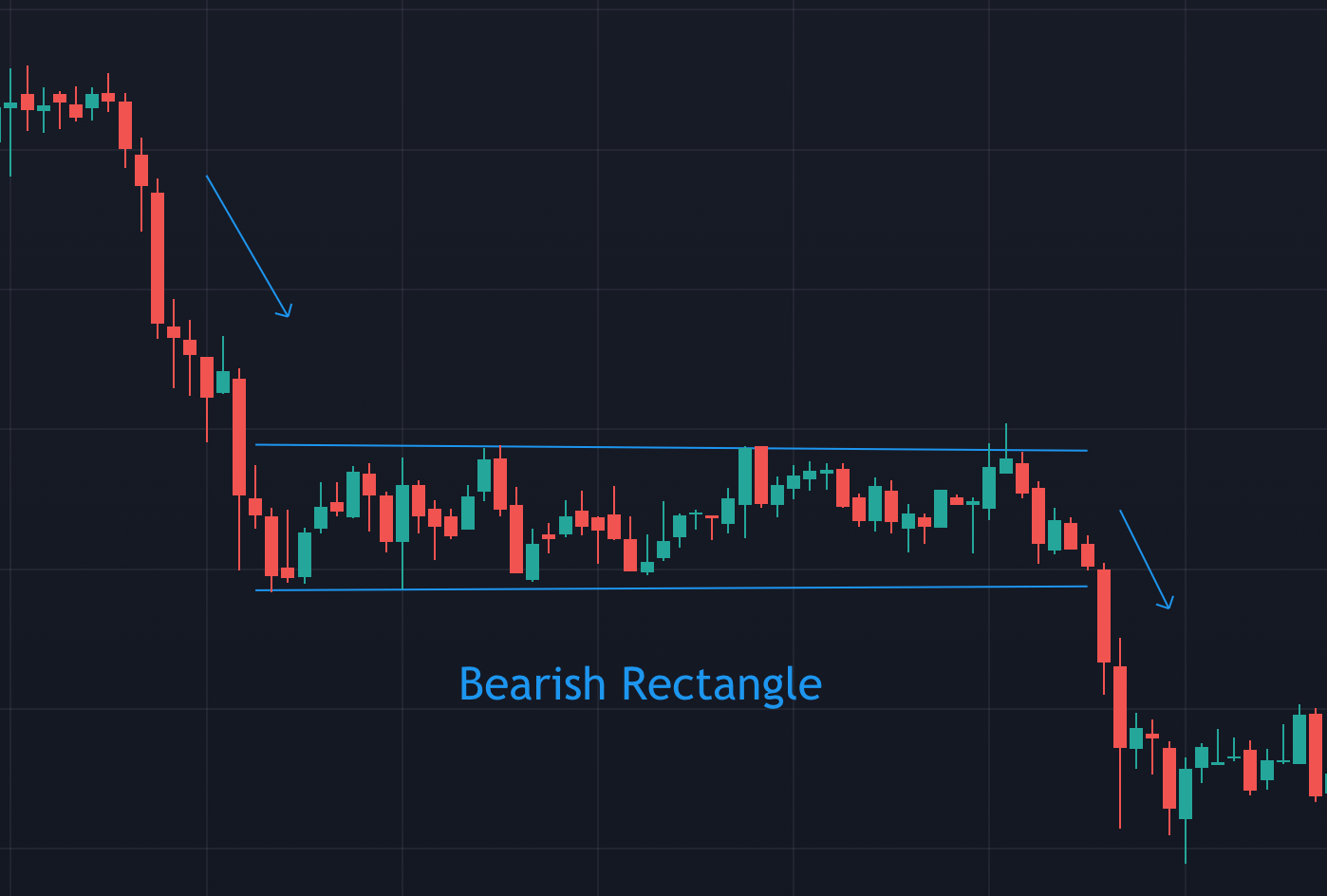 It’s important to take into account that some nimble traders may try to benefit from the price bounces by opening positions near support and closing near resistance or vice versa in case of short positions. It can affect the volume and mislead some traders about the possible direction of the breakout. In the case of rectangles, it’s better to use volume carefully for breakout indication.