Triple Bottom is a trend reversal pattern that occurs after a downtrend. It consists of three consecutive equal lows and resembles a W-shaped figure with one more valley. The neckline is the highs of two rebounds and represents the resistance level.

Triple Top is an inverted version of the Triple Bottom pattern. This figure appears at the end of an uptrend in the form of three consecutive equal peaks. The lows of two rebounds form the neckline which becomes a support level.

In the case of a Triple Bottom, the price makes three tries to break lower an established support level but fails and bounces back to resistance. Conversely, a Triple Top represents three unsuccessful tries to move above the resistance level and a few corrections to the support line. 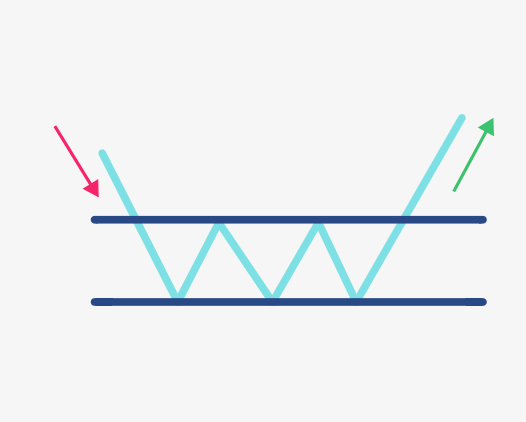 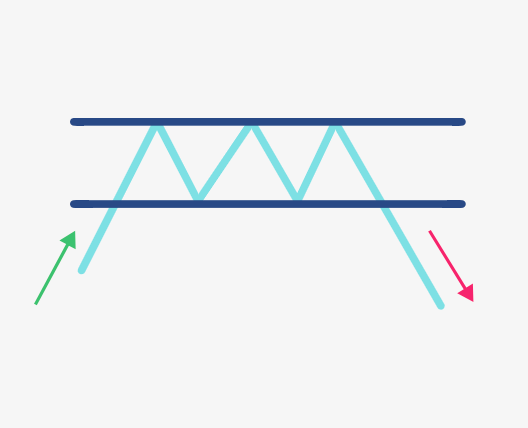 Triple tops and bottoms are quite rare formations but when they do occur they work off as a strong trend reversal signal. Triple Top indicates that downward reversal is around the corner, while Triple Bottom formation signals further price reversal upwards.

Both patterns can appear on any timeframe but in most cases the larger the timeframe, the more reliable the pattern. Also, it is generally accepted that the longer a particular trend takes to fully develop, the stronger the significant change in price once a breakout takes place.

Triple Bottom pattern is starting forming the same way as Double Bottom pattern — established downtrend preceding, W-shaped figure on the chart. But instead of a trend reversal, the price makes another U-shaped price movement before neckline breakout, forming three valleys.

It means sellers make three unsuccessful attempts to push the price to a lower support level but the price bounces back to the resistance level. The height of each U-shaped figure is almost the same, this represents a duel between buyers and sellers where both sides try to take the price out of the established channel.

Each successive attempt to push the price lower is typically accompanied by declining volume. Volume decreasing indicates that sellers become exhausted after several attempts to break the support line. It gives buyers the opportunity to reverse the prevailing downtrend to the uptrend. 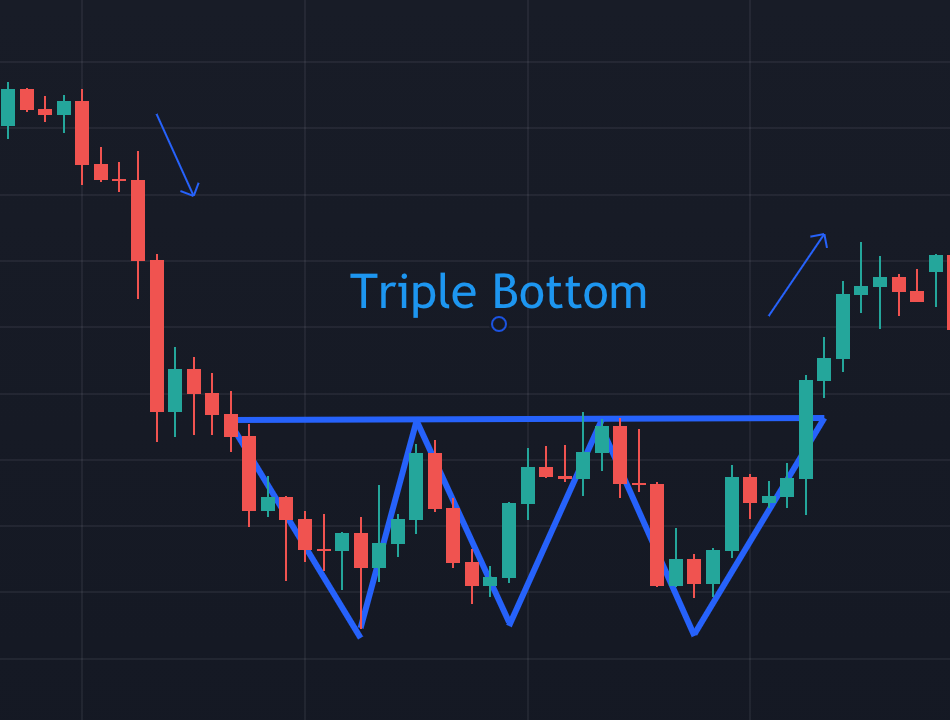 Triple Top pattern formation is mirror-like to Triple Bottom. The pattern can be found at the end of the extended uptrend and, at first, form an M-shaped figure as in the Double Top pattern. Then bulls make one more attempt to break the resistance but this try also becomes unsuccessful, so three consecutive peaks form on the chart.

Volume is decreasing with each attempt to break resistance, meaning the uptrend fades away and buyers cannot continue driving prices higher. When the price breaks the neckline, bears take over the market. Price drop accelerates with increased volume. 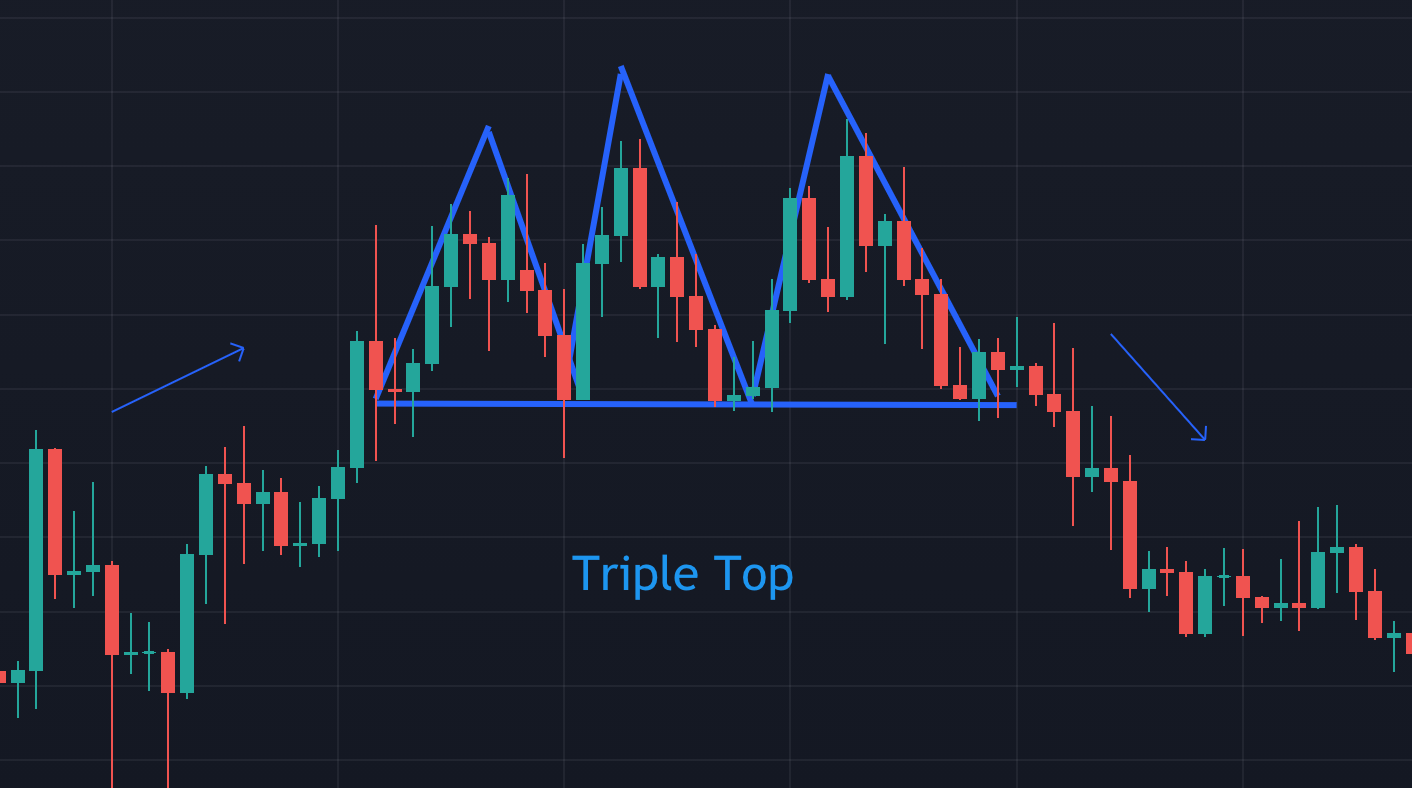