Cup and Handle is a longer-term formation that consists of a u-shape cup and a handle with a slight downward or sideways slope. The volume is decreasing in the handle, indicating a period of consolidation before a further breakout.

The perfect Cup and Handle pattern would have equal highs on both sides of the cup but it is not always the case in market conditions. The ideal cup should resemble a rounding bottom, meaning a short sideways movement at the bottom but V-shaped cups can be considered as well.

Inverted Cup and Handle is an opposite version of the Cup and Handle pattern. It consists of a flipped over u-shape cup with a handle. Volume should decrease in the handle part as well. 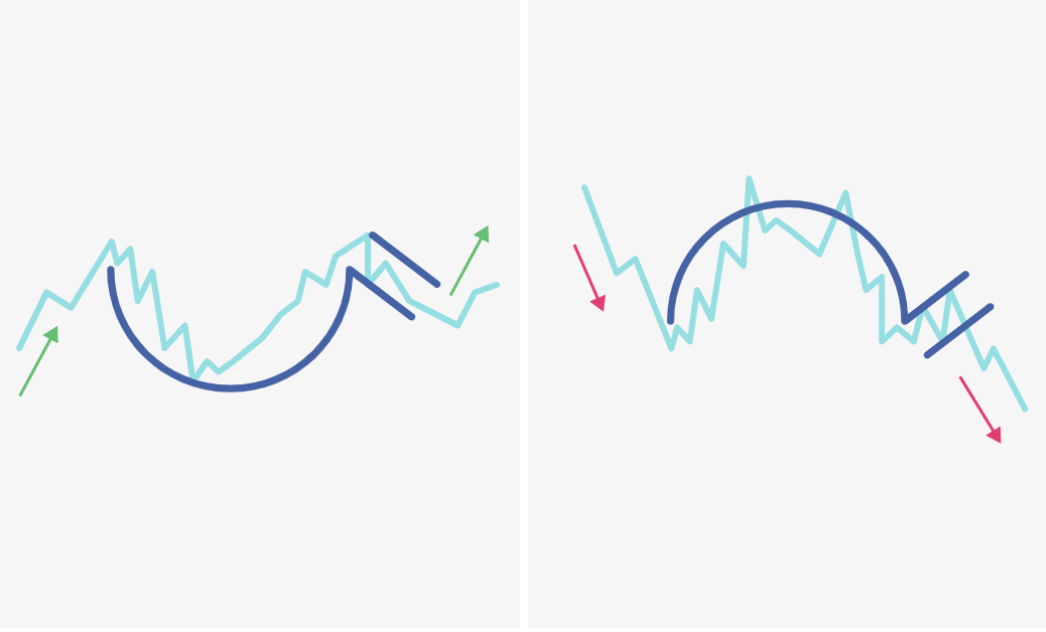 Cup and Handle pattern and its inverted version can occur in any timeframes but longer-term formations have a higher accuracy rate in terms of pattern confirmation.

Cup and Handle pattern is considered confirmed when the price breaks above the pattern’s high after handle formation. A breakout should be accompanied by strong volume. While the price is expected to rise after pattern confirmation, that doesn't mean it always will, so a lot of traders also place stop orders predominantly near handle low.

In both cases, the potential price target after pattern confirmation can be calculated by adding the height of the cup to the breakout point. If the left side of the cup has a different height than the right one, then you can use the smaller height for a conservative target or a larger height for an aggressive target.

The Cup and Handle pattern starts forming when there is a price wave down after reaching the local high. It may indicate that buyers fixed profits and the price faces a short correction. A stabilization period or a bounce followed, showing that bulls still control the price movement. After that, the price moves upward approximately equal in size to the prior decline. It means bulls try to test the previous local high as a resistance level. This creates a U-shape cup.

Then the price moves sideways or drifts downward within a channel, and it forms a handle. The handle needs to be smaller than the cup. The handle shouldn’t drop into the lower half of the cup, and ideally, it should stay in the upper third.

The handle part represents a consolidation period with decreased volume, meaning sellers don’t have so much power to drive the price lower. Significant volume when the price breaks the pattern upward shows that bulls are ready to push the price higher.

Formation of the Inverted Cup and Handle pattern works the same for Cup and Handle but market participants change places. The price starts moving upward and then stabilizes on the top, showing that bulls can’t drive the price further. Sellers move the price to the previous low and face support level, trying to re-test it. It leads to a short consolidation period with decreased volume, forming a handle for the cup. When the price breaks lower the lowest point of the Inverted Cup and Handle pattern, the pattern is confirmed and the price continues moving downward. 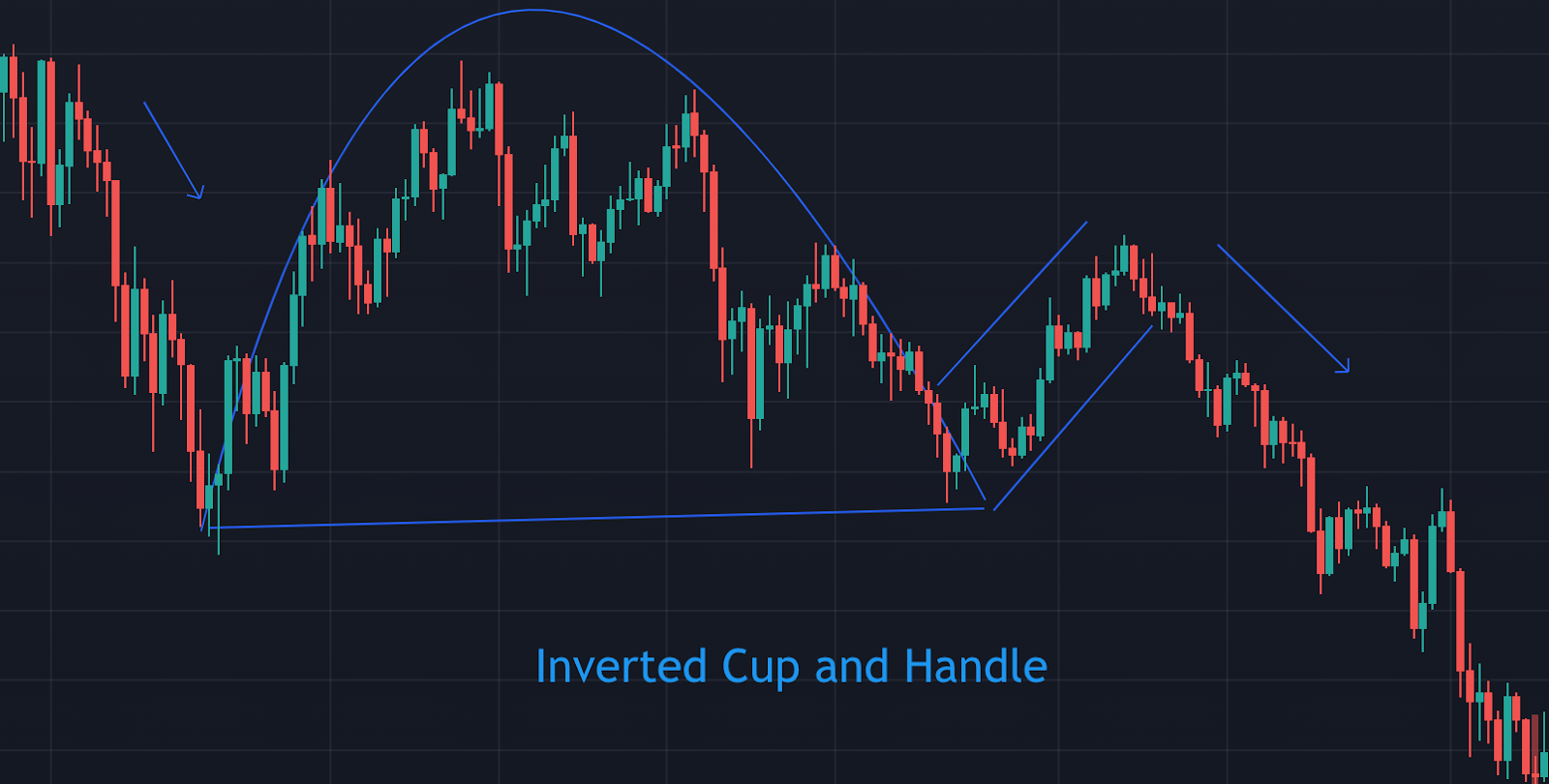