The Three Rising Valleys chart pattern usually forms after or at the end of an established downtrend. But it also can be found during a rising price trend. The pattern consists of a series of three valleys and two peaks where each valley and peak is higher than the previous one.

The Three Falling Peaks pattern works the opposite to Three Rising Valleys. It may occur both after an established uptrend and during a downward price movement. The pattern consists of three consecutive peaks and two valleys. 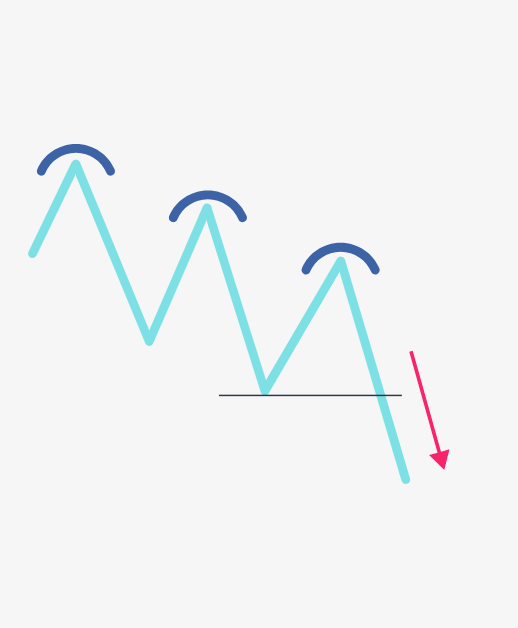 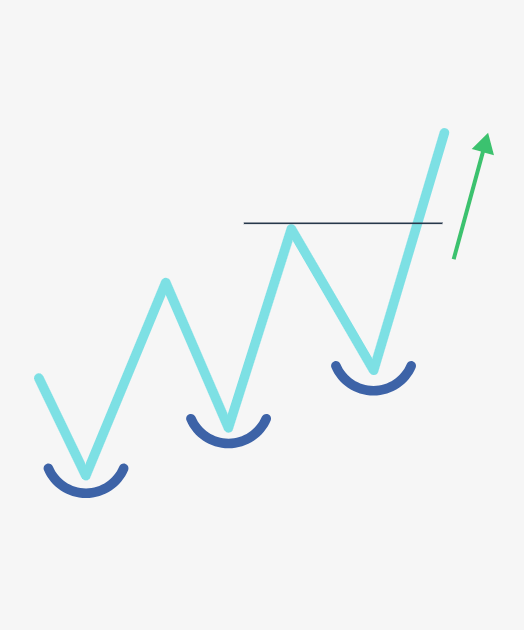 The Three Rising Valleys pattern confirms when the price closes above the high of the second peak. Pattern confirmation level is predominantly used as an entry point. Potential price target after pattern confirmation can be calculated as a difference between the confirmation price (highest high in the pattern) and the first valley level (lowest low). Depending on the selected strategy and market situation, traders may place stop loss around the low of the most recent valley.

The Three Falling Peaks is confirmed when the price closes below the pattern’s lowest low (second valley). Entry trades based on this pattern call for selling or opening a short position at the lowest valley after pattern confirmation. The price target is considered as the difference between highest high and lowest low — the same as for Three Rising Valleys. In case of Three Falling Peaks confirmation, stop loss may be placed near the last peak, consisting of the pattern.

Both Three Rising Valleys and Three Falling Peaks are formed across all chart timeframes. Traders sometimes even look at one timeframe higher than the selected one to make sure that pattern has been formed.

To find a Three Rising Valleys pattern, at first traders should select a low point on a chart, and then look for two subsequent higher minor lows. If one of the valleys is lower than the previous one, this invalides further pattern development. And conversely, it should be a high point followed by two lower highs for Three Falling Peaks.

The Three Rising Valleys pattern shows how the market begins to get used to an emerging uptrend. One of the traits of an uptrend is that it gradually makes higher lows and highs. Subsequent rising valleys with updates of local highs form an attitude on the market that the next valley should also be higher and there should be further upward movement, forming a trend. Once the price reaches the second peak one more time traders expect that the uptrend should continue and open Long positions. It drives the price higher, confirming the uptrend. 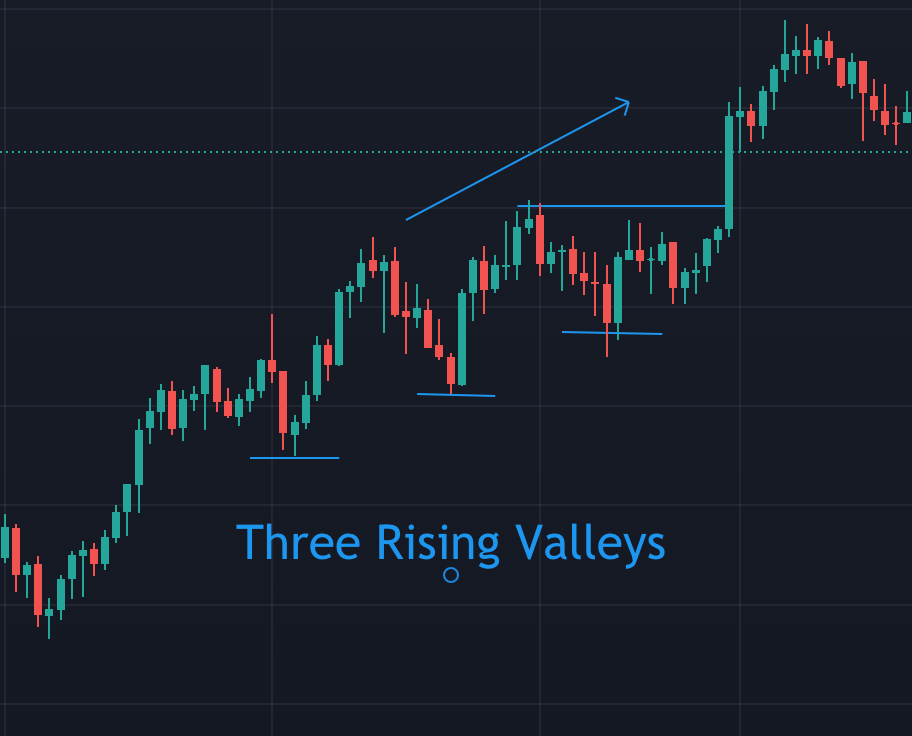 The other way works the Three Falling Peaks pattern. It represents how traders become more confident in a further downtrend after updating several local lows. When the price reaches the second valley, the definition of a new or prevailing downtrend seems complete for traders. They start selling and it drives the price down. 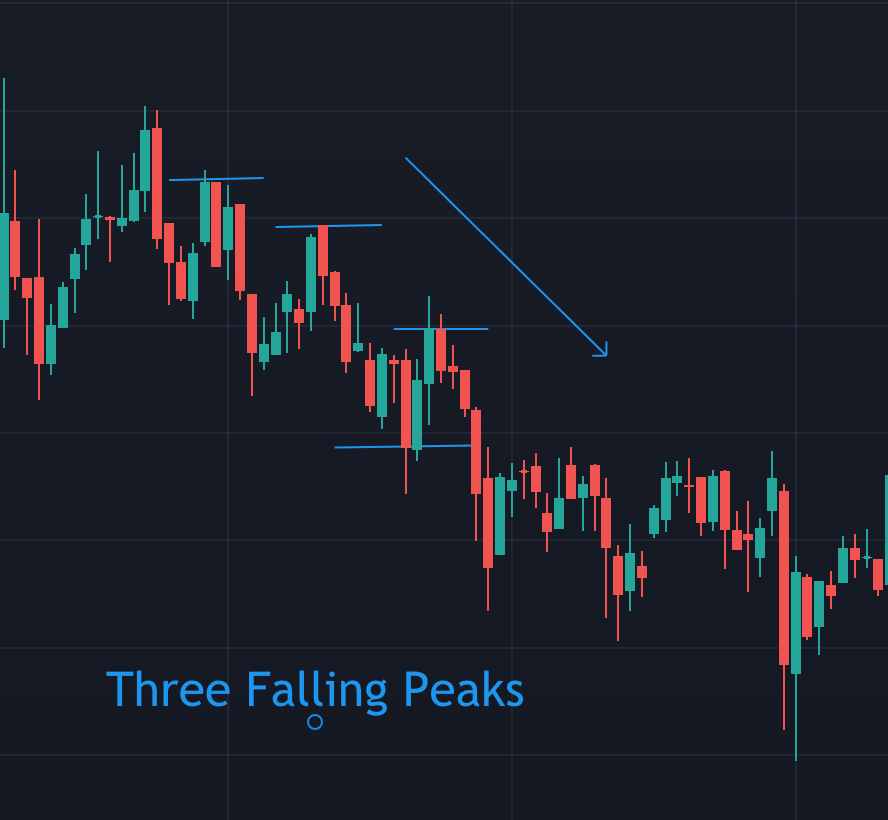